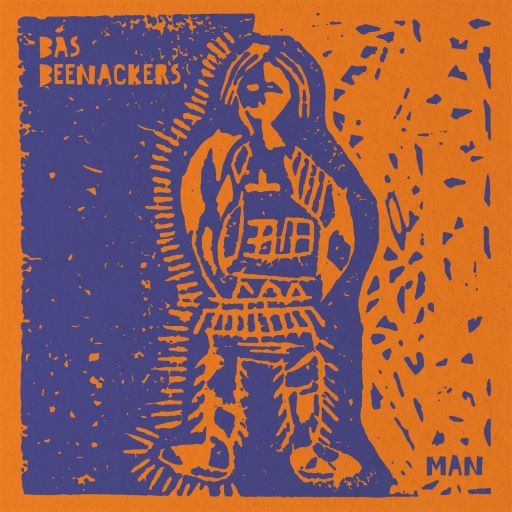 This Friday Bas Beenackers will release his first solo single ‘Reason’. With this single, the frontman of the Utrecht indie rock band My Blue Van announces his solo EP ‘Man’. For those who know Bas Beenackers (1985) from his electrifying live shows with My Blue Van, the sound of ‘Man’ will take some getting used to. No howling distorted guitar, funky drums or raucous screaming vocals. None of that. His first solo EP features intimate, acoustic songs, bare and vulnerable. ‘Man’ was recorded in three days at producer Simon Akkermans’ Epic Rainbow Unicorn Studio (Binkbeats, Bombay, Gallowstreet) in Rotterdam.

The titles of all five songs are a single word, beginning with ‘Reason’, a hauntingly beautiful love song that beads like a tear just fallen. “You got my head all confused, like no one could you lit the fuse. Before I explode I ask you, what made you walk out on me?”

What makes a man a man? Bas Beenackers tries to answer that question on ‘Man’, his first solo EP. The singer, guitarist and songwriter of the Utrecht-based indie rock band My Blue Van felt that the time was ripe to explore more personal territory. Accompanying himself on acoustic guitar, he bares his soul in five pensive, understated songs. “This is who I am.”

So what makes a man a man? Daring to be yourself. Not worrying about what others think or pretending to be other than you are, with all your flaws and imperfections. On ‘Man’, Bas Beenackers serves up the naked truth – honest, sincere, unadorned. This takes nerve and faith in your own ability. And aren’t those precisely the characteristics that make a man a man? “Hmmm… Sure, that and a pair of testicles”, as The Dude said in The Big Lebowski.