Sterre Weldring releases music video of new single ‘Not With Me’ 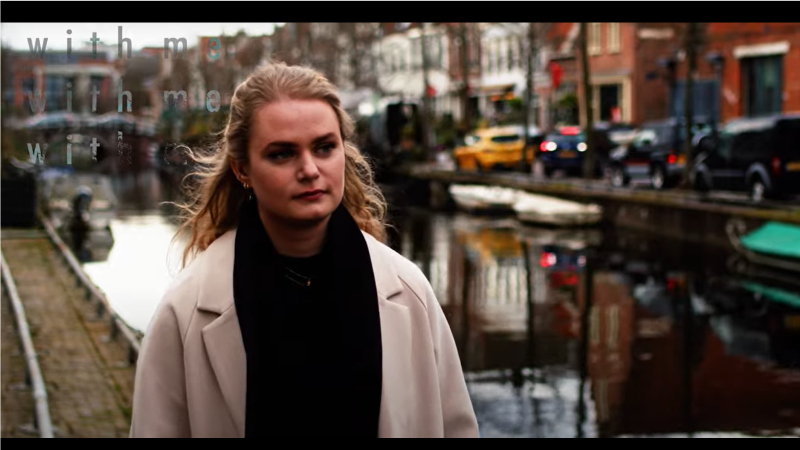 Sterre Weldring explains: “The video clip of ‘Not With Me’ is the representation of a situation in which there is no real communication between Sterre and her counterpart, who is never in focus. They go past each other and the result is the realization that he was never really there, ‘not with me’. “

The search for answers, some of which will never be found, plays an important role in Sterre Weldring’s lyrics. By describing love and relationships in her songs, she hopes to be able to offer comfort to others who embark on a similar quest. Her previous singles had the same goal and it was recognized by streaming platforms around the world. With major playlists in Mexico and Spain on Spotify, she reached a new fan base.

At the age of 16, Sterre Weldring was still a bit young for the conservatory, but she made a very mature decision: she started studying songwriting at BIMM (Brighton Institute of Modern Music). In between studies, she completely immersed herself in Brighton’s rich music scene. While jamming, and playing live, she quickly developed her own sound, which she describes as folk-pop. In concrete terms, this means that her songs have a pop structure, on which she puts a folk stamp on with her characteristic voice. Amy Macdonald is a common comparison.

After a successful 2019, including a place in the final of the ‘Grote Prijs van Nederland’ and a tour through the country during ‘Popronde’, the Amsterdam-based singer-songwriter is now releasing her new single. This song is part of her new EP, which will be released later this year.