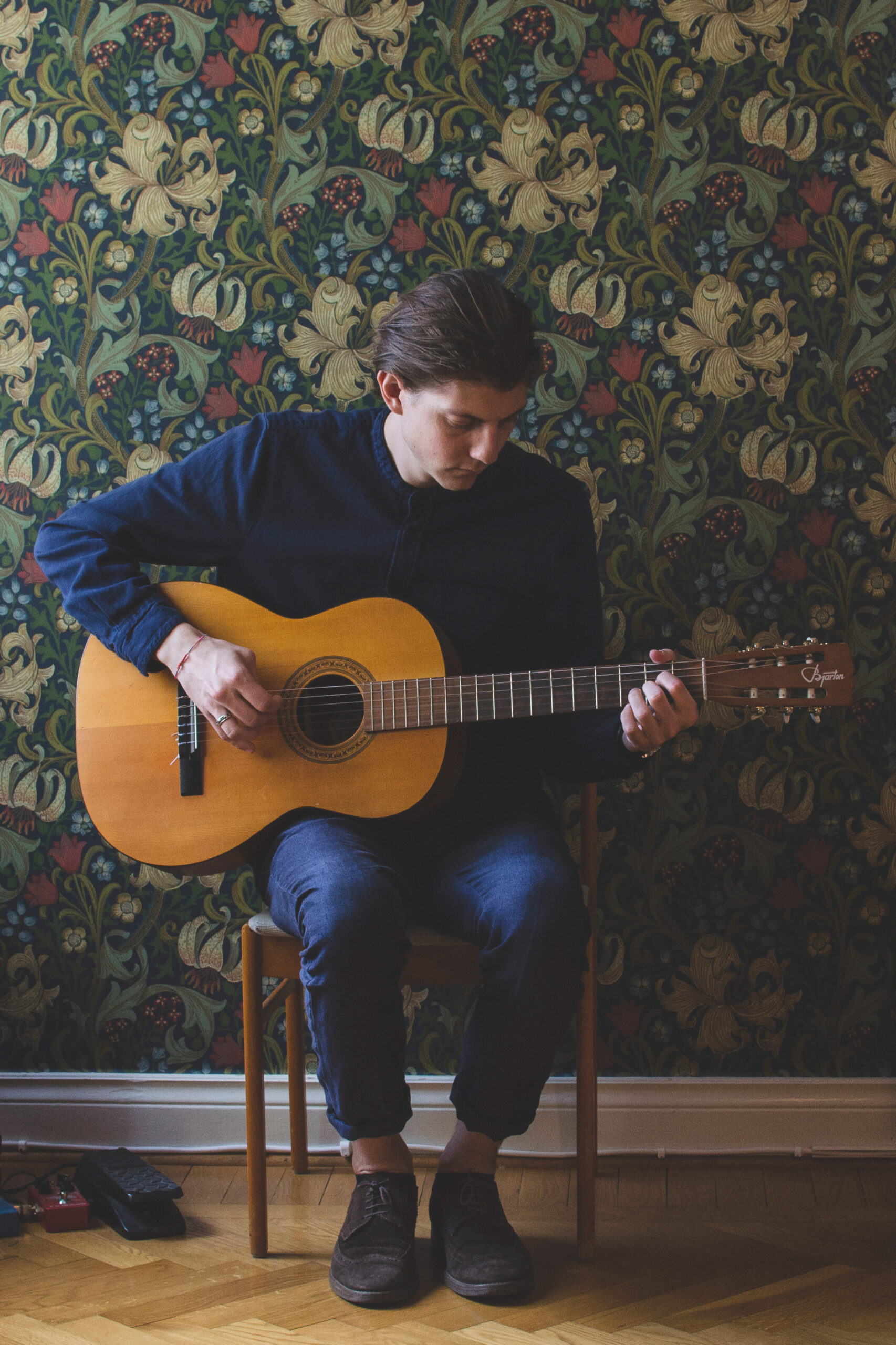 Marti West’s unique brand of alternative folk blends sweet and bitter sentiments like paint from a softly-placed brushstroke. His disembodied songs never quite settle into one place, yet ultimately exude this warm, welcoming quality that’s further underlined by a voice that passes through rhythm and melody like a billow of fog.

Furthermore, Marti’s music is a pure and honest extension of both his personality and background. Being of Italian-English descent, he grew up between two vastly different European cultures, which inspired him to express himself in his own introspective way. His Italian grandfather was a composer of opera and classical music, and Marti recalls early memories of hearing him perform vague outlines of these beautifully arranged pieces on the piano, during summers spent in the village of Massa Maríttima. Initially, Marti took up the violin, but later got inspired by his teacher to try the piano. This immediately triggered Marti to focus on songwriting; he quickly got inspired by the likes of Bob Dylan, Ray Charles, and Leonard Cohen.

After applying for a songwriting course, he forged a friendship with Eric and Linnéa, two musicians from Sweden. The duo helped Marti with production and harmonies, which prompted him to move to Gothenburg. For the first time, he found himself in a fairly remote, unfamiliar creative environment, which allowed him ample space and time to further craft his songwriting acumen. As a result, VIII didn’t become an album in the traditional sense, but a compilation of songs intended to find his creative footing. Unexpectedly, however, Marti’s songs received extensive airplay from the likes of BBC1 and FIP, as well as appearing in Netflix’s “The Rain”, NBC’s “The Village” and Volvo’s “First Trip” commercial. It was an affirmation that he found himself on a promising new path.

Having recently moved back to the UK, Marti finally shaped a sonic vision and recording method that extends to his personal experiences and starry-eyed disposition. “I tend to write all my songs in my bedroom bare-boned, using keyboards, loops, and guitars. I then go to the studio to polish it up with drums and backing harmonies. I like adding many different types of layers and textures, building my songs up very slowly, and take my time with each element; well-considered, fluid, and free.”

Marti West’s upcoming EP All along the road marks an artist fully in tune with his own creativity. After years of adjusting and learning, the music now pours out of him in a very organic way. ‘Give Me Light’ and ‘Out Of My Head’ were both well-received by audiences worldwide. The third cut revealed,’Runaway’, could be considered the final remnant of the three years Marti spent wandering in Sweden. When the lockdown started, the sweet tranquility that the city of Gothenburg offered warped into a heightened sense of isolation and loneliness that heavily informed the song. It’s a lush, reverb-drenched track, adorned with light touches of percussion that flicker like the crackling of an open fire.

The fourth single ‘Snow’ takes the listener to a more intimate place. Marti reflects on a romantic relationship of a more fleeting nature, settling for moments of woozy flirtations and profound, shared silences. It’s a bittersweet song about a mutually beneficial tryst that was never meant to bloom beyond those stirring first stages. “Our love was never meant to grow”, West wistfully sings.

Though the message of the song is grounded and modest, the music still guilelessly rallies and swells. “I’m actually a sucker for rom-coms, I watch Love Actually every year… and sometimes, those kinds of stories do cross us in real life. ‘Snow’ is a song that reaches for something; trying to balance both the light and the darkness within the melody.” Whether you prefer warm beaches or cold outstretched landscapes, Marti West always brings a bit of both to the equation. Through the transparency of his autumnal folk-pop , his voice is one of self-possession and substance, here to make you feel very content within each waking moment.